PITTSBURGH, PA (April 9, 2019) Today, Urban Redevelopment Authority of Pittsburgh (URA) head Robert Rubinstein announced that he will be stepping down as Executive Director in the coming months.

For more than 30 years, Robert has worked to support housing and economic development at the URA. Since 2012, Robert has served as the organization's Executive Director, managing the City's large-scale development projects, including internationally-recognized brownfield redevelopment and the creation, implementation, and management of more than 20 Tax Increment Financing (TIF) districts. Robert plans to stay at the URA as part of the senior leadership team while the organization transitions to new leadership.

Said Sam Williamson, URA Board Chair, “We respect Robert’s decision to step down and do what’s best for his family and his career. We are deeply grateful for Robert’s leadership, and for his dedicated service and contributions to the city of Pittsburgh. We look forward to working with him in a new capacity as we continue to expand the URA's commitment to equitable development and forging a city for all." 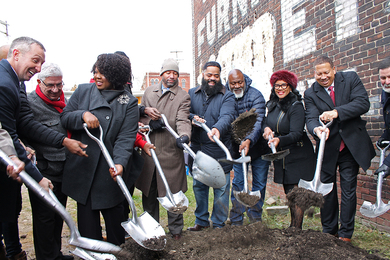