The Smallman St. and Produce Terminal projects pay homage to the area’s past as the central hub for the region’s wholesale produce while bringing new life to this iconic part of the Strip District. These projects are anticipated to make the Smallman Street corridor (between 16th and 21st Streets) a safer, more engaging destination and add 160,000 square feet of mixed-use commercial and retail space, including 40,000 square feet for local and regional businesses and a "food centric" marketplace. 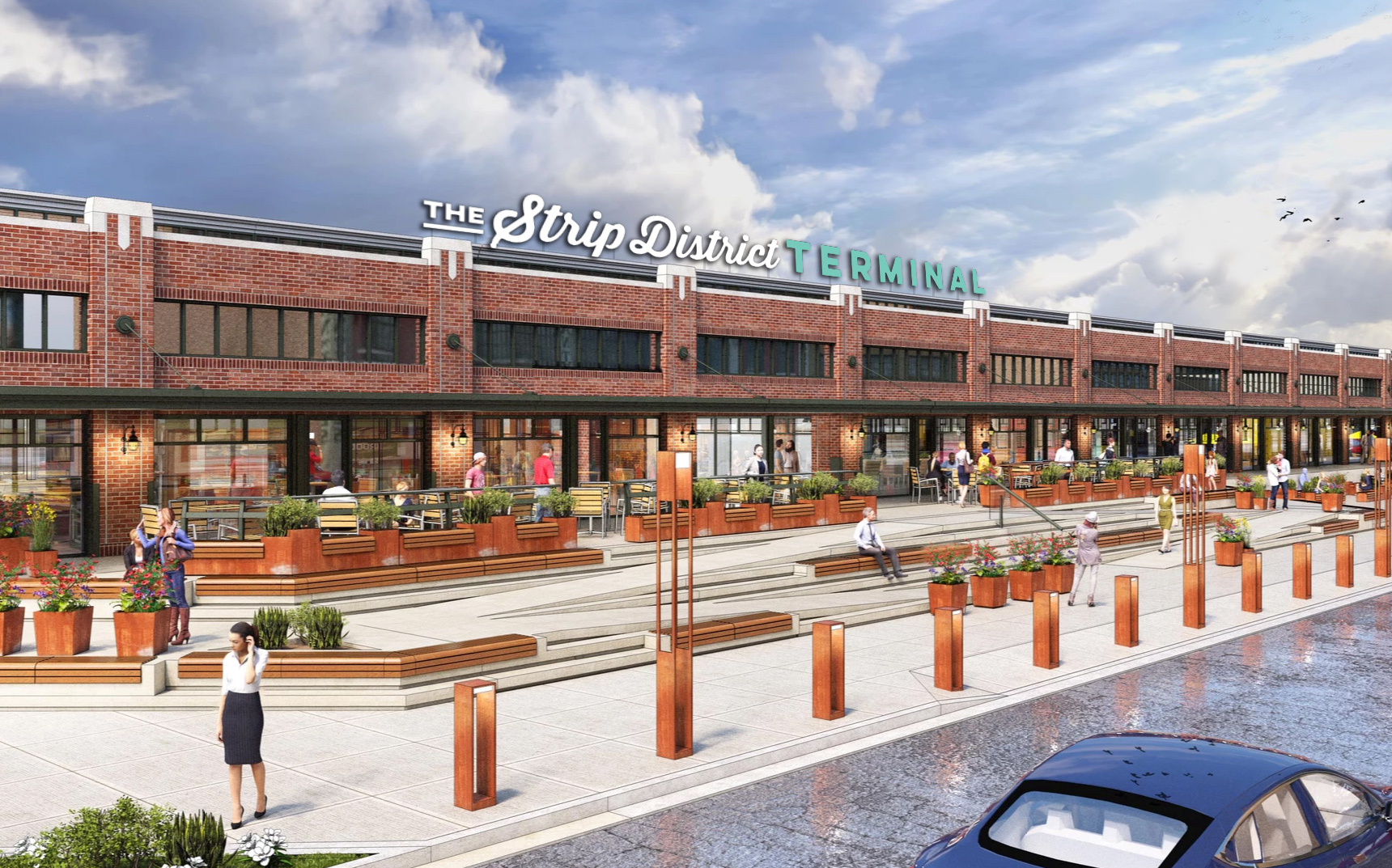 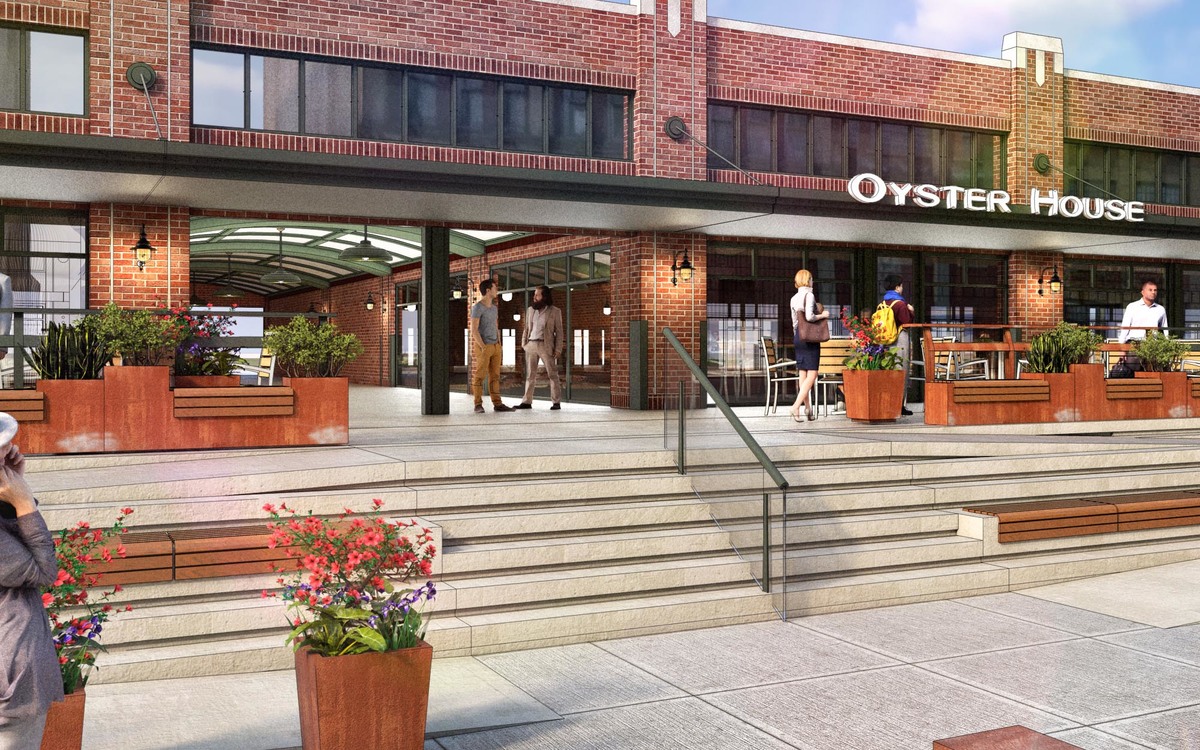 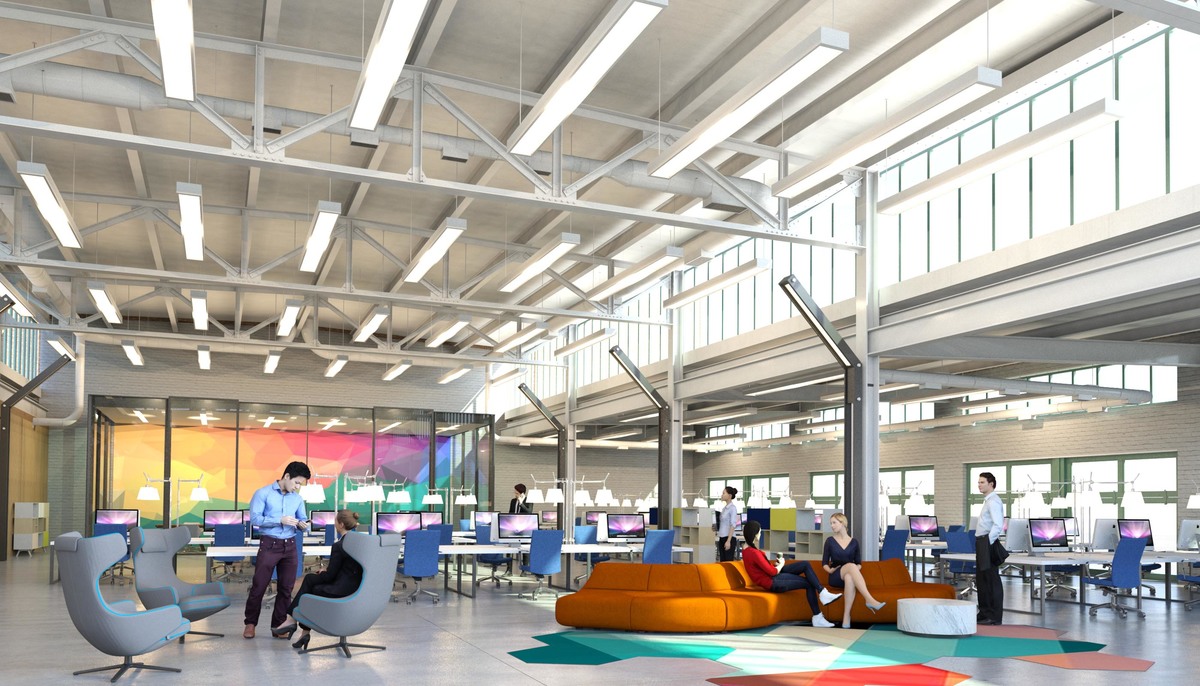 The Smallman Street and Produce Terminal projects demonstrate the URA’s commitment to development that respects neighborhood character and improves vital public infrastructure. These projects are part of a private-public partnership among McCaffery Interests, Inc., the City of Pittsburgh, the Pittsburgh Water and Sewer Authority, and the URA to ensure this part of the Strip District becomes a safer, more engaging, people-centric destination.

For much of its history, Smallman Street served as a pathway for commercial traffic. At first, the area contained rail lines that serviced trains delivering produce to the Pennsylvania Fruit Auction & Sales Building (better known as the Produce Terminal). As new transportation technologies developed, the rail lines were converted to crude roadways to facilitate deliveries via box trucks and semi-trucks. Though these adaptations served the evolving nature of commercial traffic, they did not complement the evolving nature of pedestrian traffic as the Strip District became a public destination for shopping and, in recent years, living.

For decades the Produce Terminal was the entry point for the region’s wholesale produce industry. Produce would arrive on railcars to be purchased by wholesalers who in turn would sell the produce to local restaurants and grocery stores. The Produce Terminal’s utility waned as the economics of food changed and by the 1970s the building was partially vacant. The building was eventually purchased by the Urban Redevelopment Authority of Pittsburgh in 1981. After several attempts at redevelopment stalled, the URA reached an agreement with McCaffery Interests, Inc. in 2014.

The Smallman Street TIF District, effective January 1, 2019, enables the URA to leverage private investment, via a TIF loan, and finance $3 million in critical public infrastructure and public space improvements. This financing is possible thanks to the City of Pittsburgh, Pittsburgh Public Schools, and Allegheny County’s participation in the Smallman Street TIF District. As a result, the improved Smallman Street will be safer thanks to roadway resurfacing and reconfiguration, traffic calming, and large highly visible crosswalks. Smallman Street will also be a more enjoyable destination thanks to new street lighting and furnishings, plazas, dedicated bike lanes, and on-street parking.

In addition, the URA established the Strip District and Produce Terminal Revolving Loan Fund which is designed to stimulate the growth of new and existing businesses seeking to open in the Produce Terminal or the surrounding Strip District neighborhood. A copy of the program guidelines can be found here. Contact the URA’s Center for Innovation and Entrepreneurship at 412.255.6669 for more information.

PWSA’s underground water and sewer work is complete. DOMI will advertise its above-ground work in October 2019, issue a Notice to Proceed in early December, and undertake construction from February through May 2020.

The completed project will bring a combined 289,500 square feet of new retail, market, and office space to the Strip District. It will construct 529 new parking spaces, bring about the creation of more than 1,200 new jobs, and contribute $5.6 million annually in taxes. The public space improvements will increase safety, improve the pedestrian experience, and enhance traffic circulation while also retaining the unique character of the Smallman Street.