On July 30, the URA’s Collette O'Leary, development manager, and ML Meier, transaction manager, celebrated the closing of the Sixth Ward Flats with James Eash and Linda Metropulos of ACTION-Housing. The development, located on Penn Avenue in Lawrenceville, will construct two apartment buildings with a total of 35 units (15 unit building and 20 unit building). All of the units will be affordable. 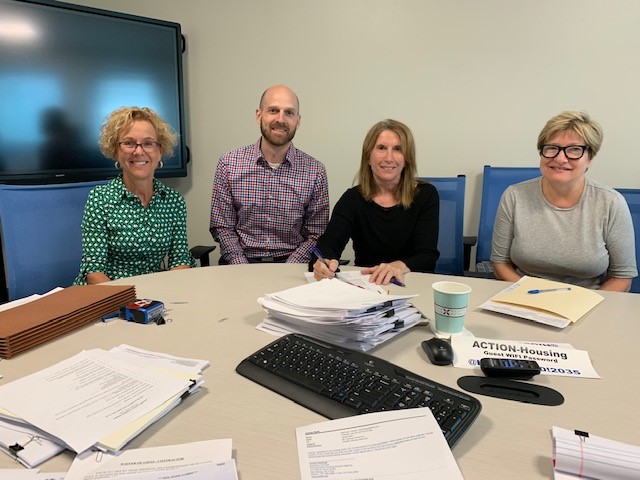 The URA and Councilman Lavelle hosted a meeting for community residents and stakeholders to learn about the Centre Avenue Request For Qualifications, including what has changed since conversations with the community began more than a year ago, what is included in the RFQ, how to respond, and the future opportunities for the community to provide public input. 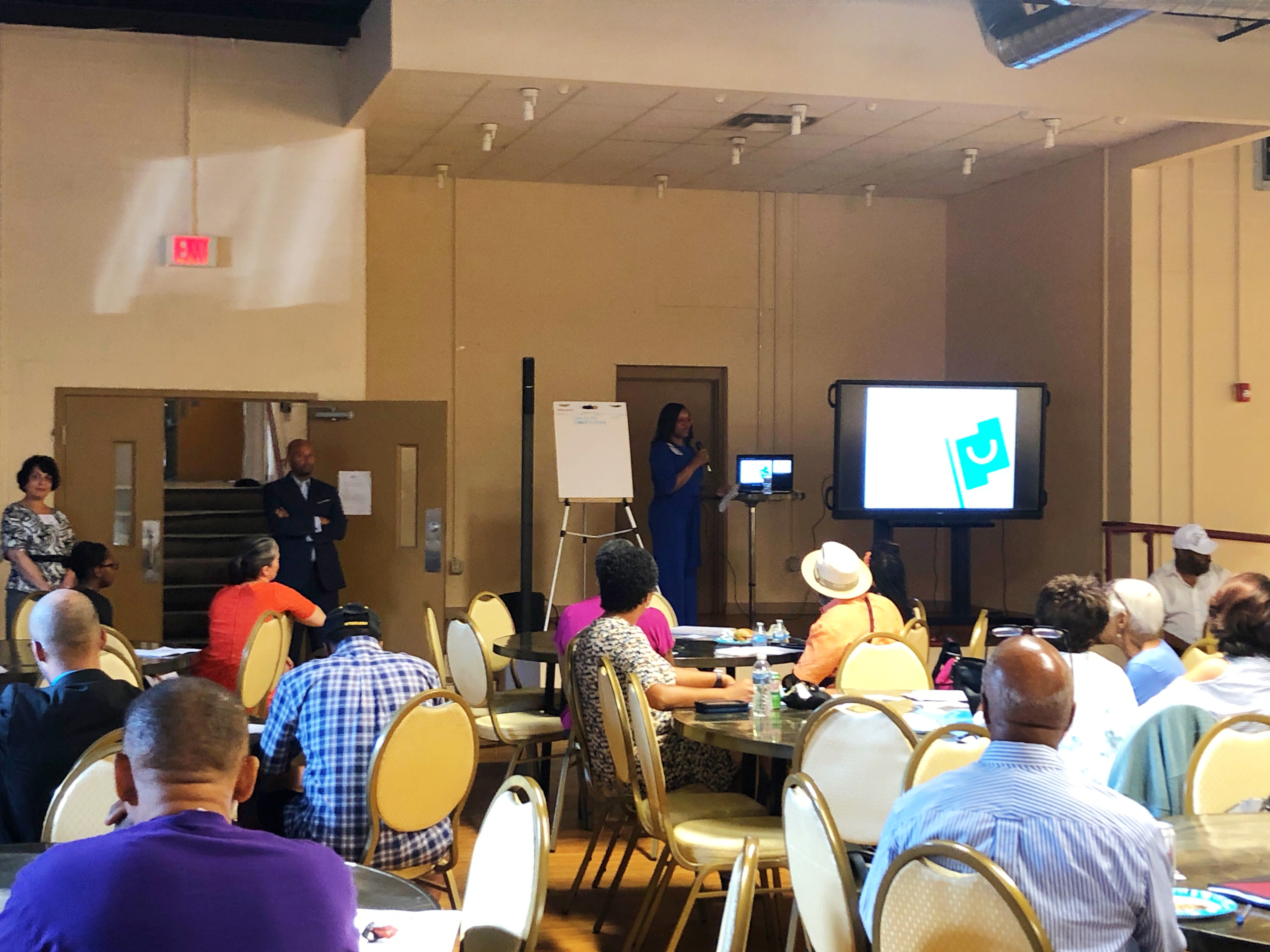 On August 14, the URA invited developers and local talent to a Q&A Session and Teaming Event for the Centre Avenue RFQ. This provided an opportunity for developers to hear an overview of how to respond to the RFQ, learn about resources available for further assistance, network with MWBE firms, and ask questions. On August 15, the URA held another Q&A Session and Teaming Event for the 4800 Block RFP in Hazelwood. On July 8, the URA’s Development Manager Collette O'Leary met with homeowner Brandy Marshall during a home inspection for the Choice Neighborhoods Façade Program. Donna Jackson, Larimer advocate, is pictured in the background. 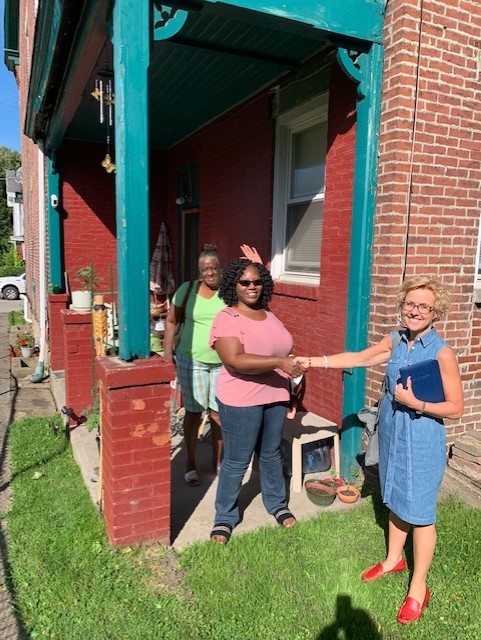 On August 6, the URA’s O'Leary visited Larimer homeowner Eugenia Newman to see her completed façade work. Eugenia was a recipient of a Choice Neighborhoods Homeowner Assistance Program grant to make improvements to her property on Auburn Street. 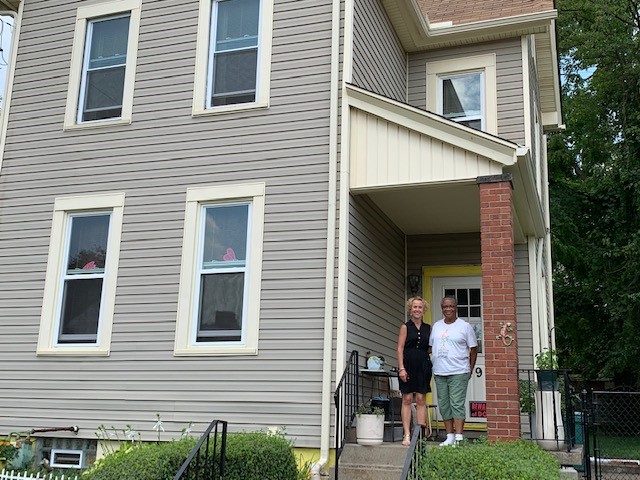 On August 12, Collette O'Leary met with Anthony Mainiero who lives on Mayflower Street. The URA did an initial inspection under CNHAP and is working through the process of putting on a new rear roof. 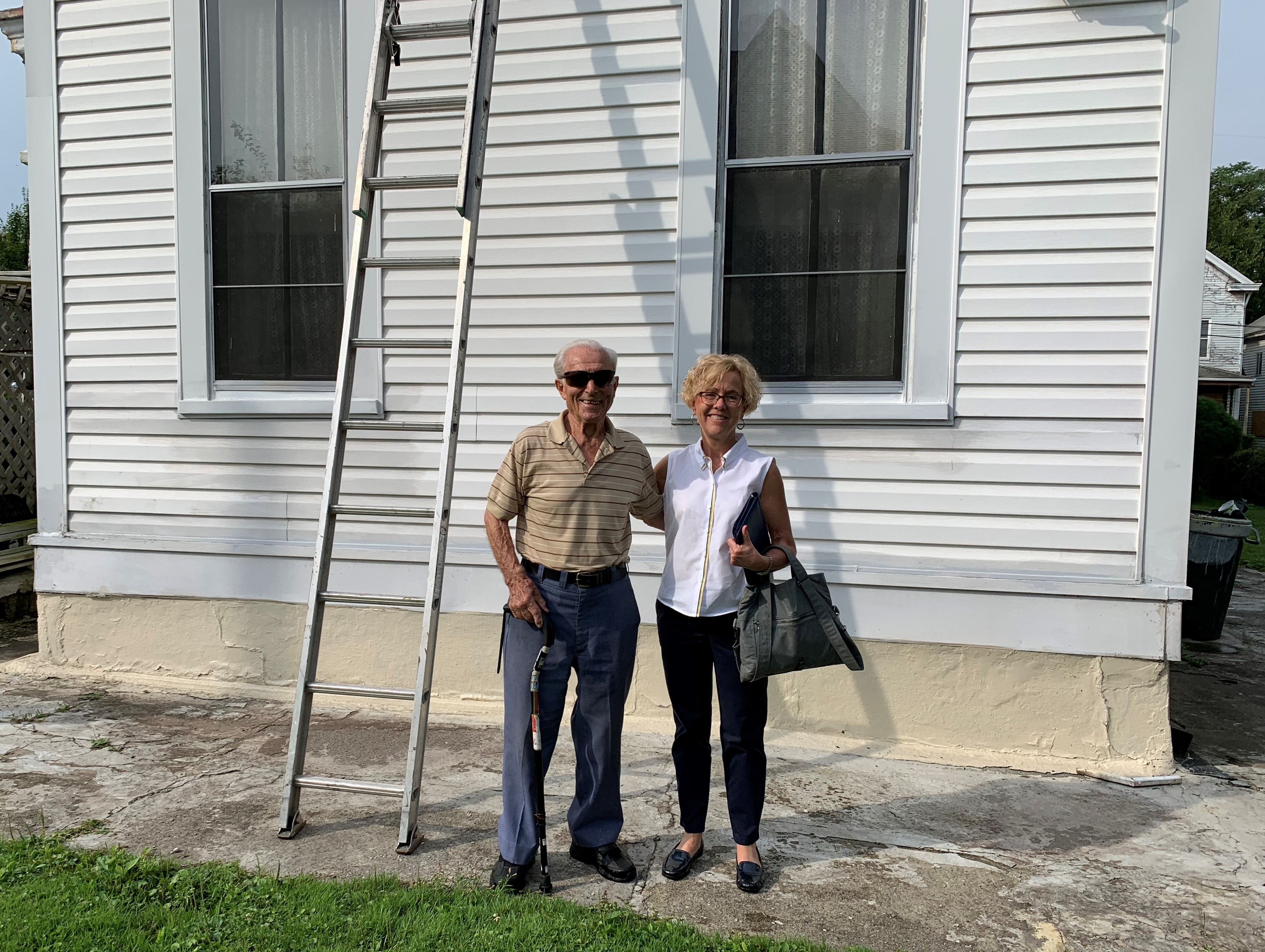 On August 21, Alicia Majors closed on a Choice Neighborhoods Homeowner Assistance Program grant with Larimer homeowners Mr. & Mrs. Richard Payne of Shetland Avenue. They are the first owners to close on a grant under CNHAP Phase II. Congrats to the Paynes! On August 5, URA staff attended a Ground Blessing Ceremony for the new North Shore facility for Light of Life Rescue Mission. Light of Life is relocating from their North Avenue location in Central Northside to two facilities—one at the intersection of Madison Avenue and Progress Street, and another on Ridge Avenue. The new, three-story building at Madison Avenue will contain approximately 24,000 square feet and will house 50 beds, as well as programming and offices.

Light of Life will operate an emergency shelter and serve daily meals at the site. There will also be a family shelter with programs for housing and employment. The $6.8 million project is located on an approximately 27,500 square-foot site that URA conveyed to Light of Life in July 2019. 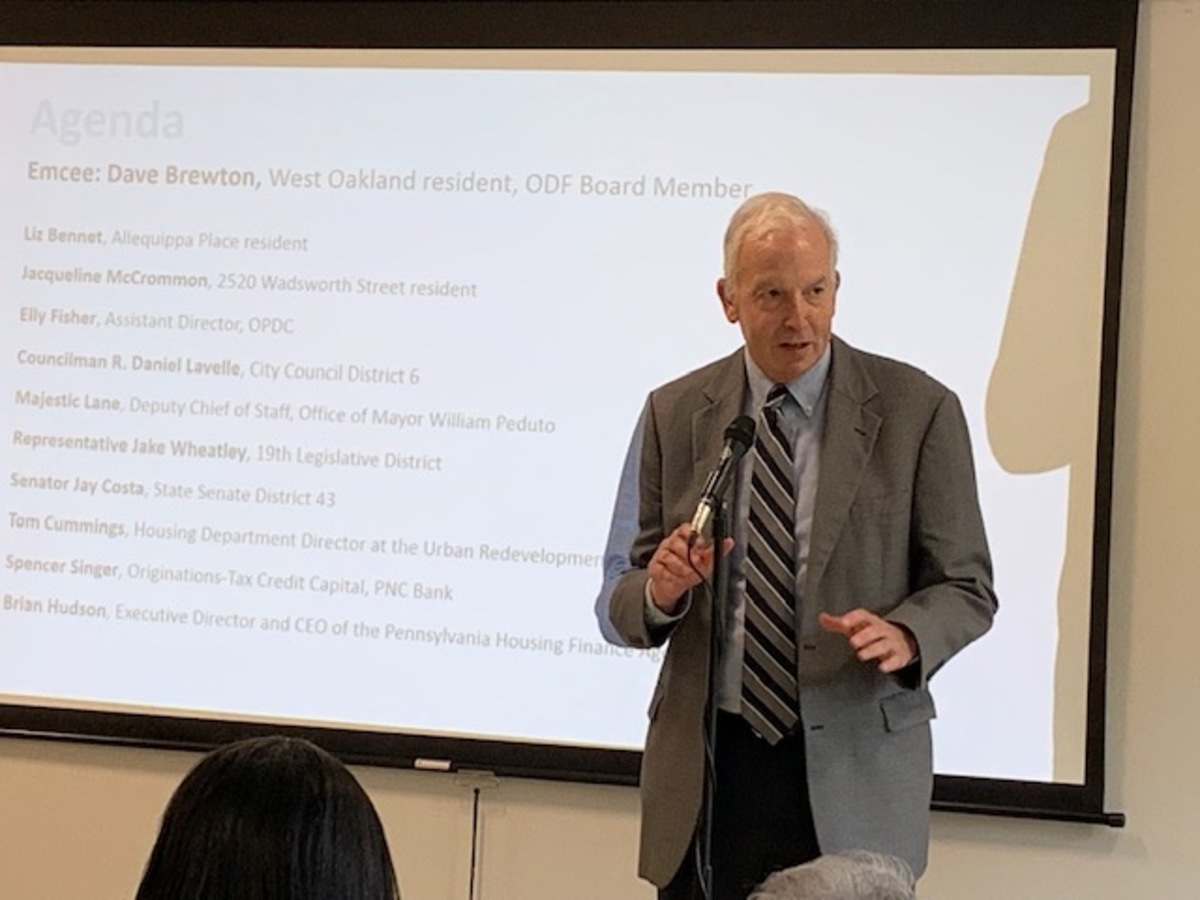 As part of the outreach for the pilot Neighborhood Initiatives Fund, the Economic Development Department held information sessions in Beechview, Homewood, the West End, Manchester, and the Hill District. A webinar was held for those unable to attend sessions in person. A diverse group of representatives from neighborhood groups and other nonprofits attended.

Participants were given a detailed explanation of the program, the types of grants available, the rules and requirements, and where to go for more information. They were then afforded the opportunity to ask specific questions during an extended Q&A session. Questions were captured and are being used to generate a FAQ which will be shared with session participants and posted to the URA website.

The URA's Nick Fedorek speaks at the NIF Beechview session. On August 30, URA staff attended the Clean & Green event hosted by Neighborhood Allies in Homewood. This neighborhood beautification effort focused on N. Homewood Ave between the busway and Frankstown Ave. Landscaping tools and resources were provided through the PGH Mobile Toolbox.