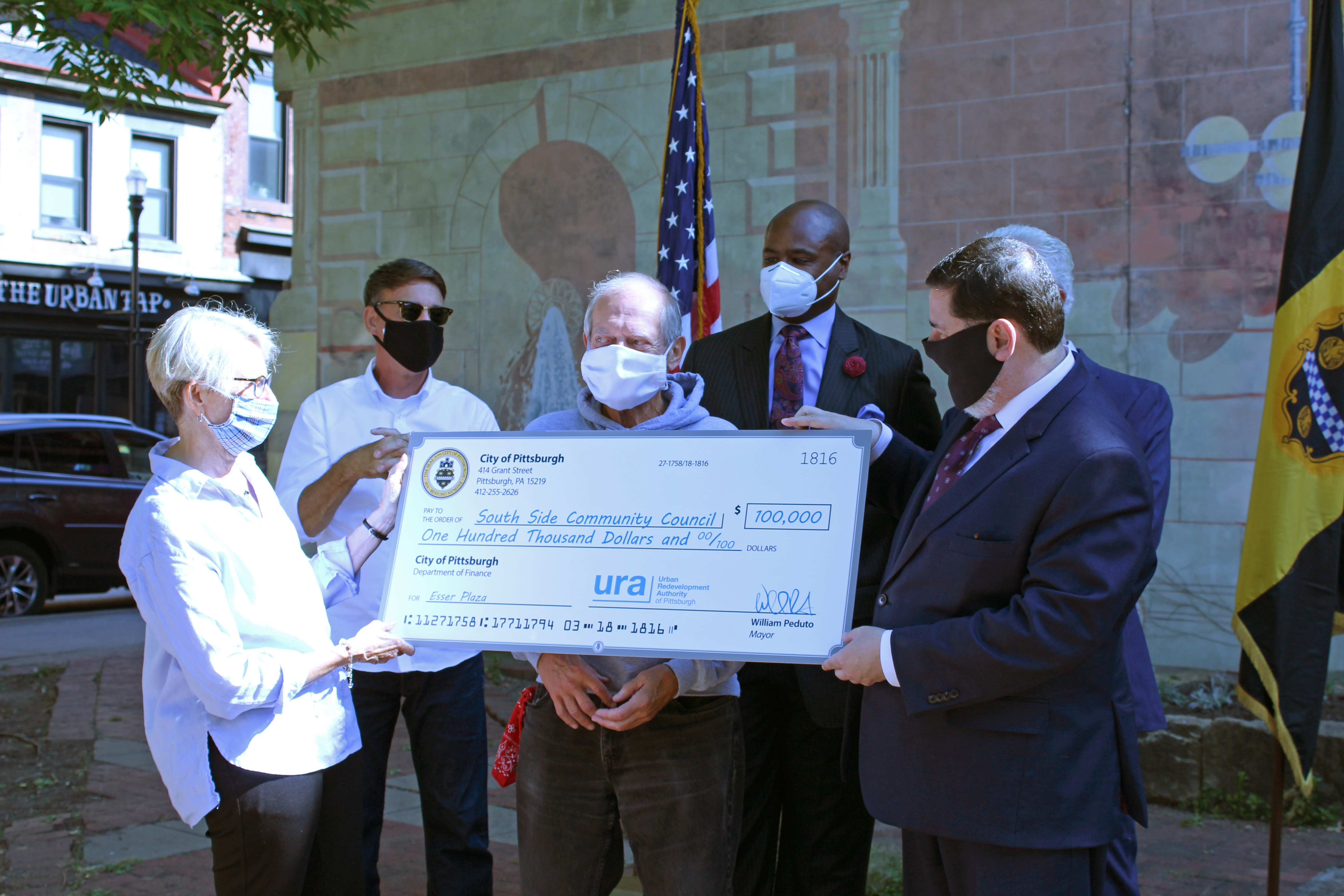 PITTSBURGH, PA (September 23, 2020) The City of Pittsburgh and Urban Redevelopment Authority of Pittsburgh (URA) announced today that they are investing $100,000 in improvements for Esser’s Plaza on the South Side as part of the URA’s Neighborhood Initiatives Fund (NIF) program. The investment was presented to the South Side Community Council today, who are working to revitalize the plaza to be a welcoming, open space where the community can gather.

Located at 12th and East Carson Streets, Esser’s Plaza is a poorly lit park area between Armstrong Park and the old market house in the heart of Pittsburgh’s historic South Side. Formerly the Birmingham Plaza, it was renamed Cindy Esser Plaza in August 2006 to honor the long-time South Side advocate who passed away in October 2002.