PITTSBURGH, PA (August 10, 2022) The Urban Redevelopment Authority of Pittsburgh (URA) has issued a Notice to Proceed for the $7.2 million Penn Circle two-way conversion in the East Liberty neighborhood of Pittsburgh. The project converts Station Street and Euclid Avenue from one-way traffic to two-way, multi-modal neighborhood-scale streets. Construction is expected to begin in September 2022 and end in December 2023.

This is the final phase of converting the Penn Circle, the urban renewal-era roadway constructed in the 1960s.

“The Penn Circle two-way conversion is a move towards equitable neighborhood-scale development as well as correcting another ‘car centric’ urban renewal design flaw circa 1950s/1960s that effectively cut off the surrounding neighborhood from the heart of the East Liberty business district. This project will increase access to the business district and significantly enhance pedestrian and bike safety,” said URA Executive Director Greg Flisram.

“The two-way conversion of the Penn Circle is a critical element and badly needed in order to improve the traffic flow in and around the thriving East Liberty business district. The portion already converted has made a tremendous impact. The remaining legs, which impact an area that is bursting with growth, is in dire need of improved access and traffic flow. We are most anxious for the project’s completion and are grateful to the URA for staying with this through fruition,” said President of the East Liberty Chamber of Commerce Lori Moran.

In order to minimize disruption to the East Liberty area, the project will be completed in multiple phases. A traffic management plan has been developed as part of the project in order to keep vehicular, pedestrian, and bicycle traffic circulating smoothly and safely through the area.

"I’m glad this project is moving forward and excited to the see the effect it will have connecting the community once again to the business district," said Mayor Ed Gainey. "It’s also important to take into consideration the existing businesses and ensure they are not cut off from potential customers during construction while at the same time keeping in mind the safety of others visiting East Liberty, which this plan does. These improvements will allow for a much more inclusive experience for all of the neighborhood's residents and visitors."

"In the 1960s, the City, in the name of urban renewal, plowed under a dozen streets, built a dozen new ones, and displaced countless families. The Penn Circle, essentially a one-way highway around a thriving business district, strangled this community. Completing the conversion of Penn Circle to two-way traffic will assist in reconnecting the business district to the residential district as we continue to build more affordable housing so that low- to moderate-income families can once again call East Liberty home,” said Councilman Rev. Ricky Burgess.

The project will utilize funding from the URA, the City of Pittsburgh, the East Liberty Transit Revitalization Investment District Redevelopment Authority (ELTRIDRA), the PA Department of Community and Economic Development (DCED), and the American Rescue Plan Act (ARPA).

“These upgrades to Penn Circle are going to improve the quality of life in East Liberty. By reuniting the neighborhood and business district with streets that are safe for pedestrians, bicyclists, and drivers, we’re creating new opportunities for people to access work, shopping, and entertainment. I’m thrilled to see this focus on improving connectivity within the neighborhood for the people who live in East Liberty,” said State Senator Lindsey Williams.

About the Urban Redevelopment Authority of Pittsburgh (URA)
The URA is the City of Pittsburgh's economic development agency, supporting the City’s economic development goals, which are designed to create a city of inclusive opportunity for residents, stakeholders, and communities. The URA is committed to creating more housing that is affordable to the average Pittsburgher; encouraging more entrepreneurship and small business development; promoting inclusive growth and quality job creation; expanding neighborhood and main streets revitalization efforts; and developing a talented workforce that is equipped with the skills of the future. 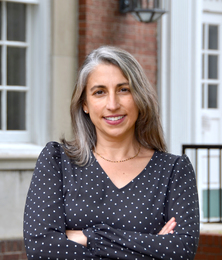